Highlighted in Table A below are key worldwide trends across all aircraft market segments, comparing June 2018 to June 2017. “Fleet For Sale” percentages for all sectors were down in the June comparisons. June 2018 was the lowest “For Sale” percentage (9.1%) for business jets since the great recession began.

TRENDS: Generally, across all six aircraft sectors reported, inventories are down, and full sale transactions had mixed results, with very little increase to no change to decreases in the first six months of 2018 versus 2017.

Business Jets are showing a flat start in the first six months of 2018, with a .2% increase in pre-owned sale transactions, but are taking less time to sell (26 days) than last year. Business turboprops saw no change in sale transactions, while taking more time to sell (13 days). Interestingly, New Business Jet shipments as reported by GAMA were also flat in the first six months of 2018 compared to 2017, at 296.

Commercial airliners are also reported by JETNET in Table A - Worldwide Trends, and include the number for sale for both commercial jets (including airliners converted to VIP) and commercial turboprops. Commercial Jets and Commercial Turboprops were down in full sale transactions, at -9.1% and -.8% respectively, in the YTD June- over-June comparisons.

For the first six months of 2018 there were a total of 4,401 aircraft and helicopters sold, with business jets (1,344) and commercial jets (1,005) leading all types and accounting for 53% of the total. The number of sale transactions across all market sectors— at 4,401—decreased by 2.9% compared to the first six months of 2017. Only pre- owned business jets and turbine helicopters showed increases in sale transactions compared to the other market sectors. However, they were both less than 1%, and business turboprops had no change.

The first six months flat results for business jets were surprising, because the US real gross domestic product (GDP) increased at an annual rate of 4.1% in the second quarter of 2018. In the first quarter of 2018, the US GDP increased by 2.2 percent. 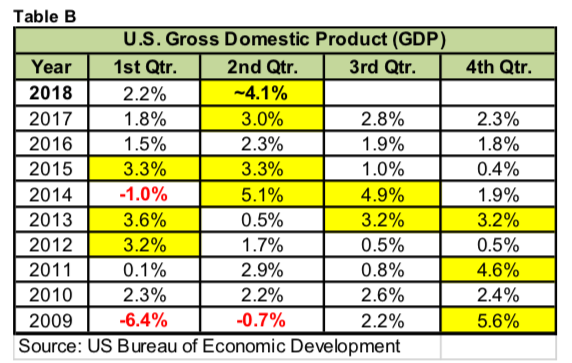 Highlighted in Table D are business jets and business turboprops, comparing the months of June from 2014 to 2018 (four years) for the USA vs. Non-USA Aircraft In Operation, For Sale, and Percentage For Sale.

The general trend has been that growth in business jets has out-paced turboprops nearly 2-to-1 in the last four years. Since June 2014, 1,958 new business jets have joined the global fleet, compared to 1,120 turboprops. 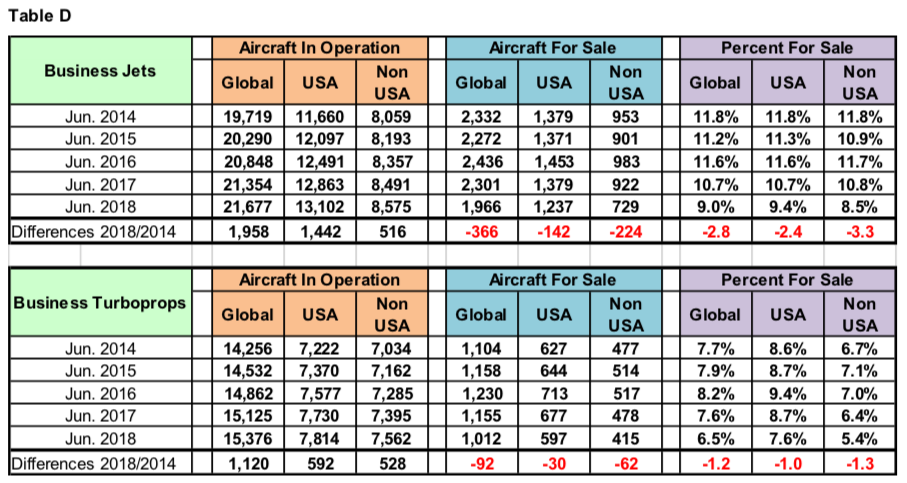 Chart A displays the 12-month moving average for Full Retail Transactions for business jets from December 2011 to June 2018. 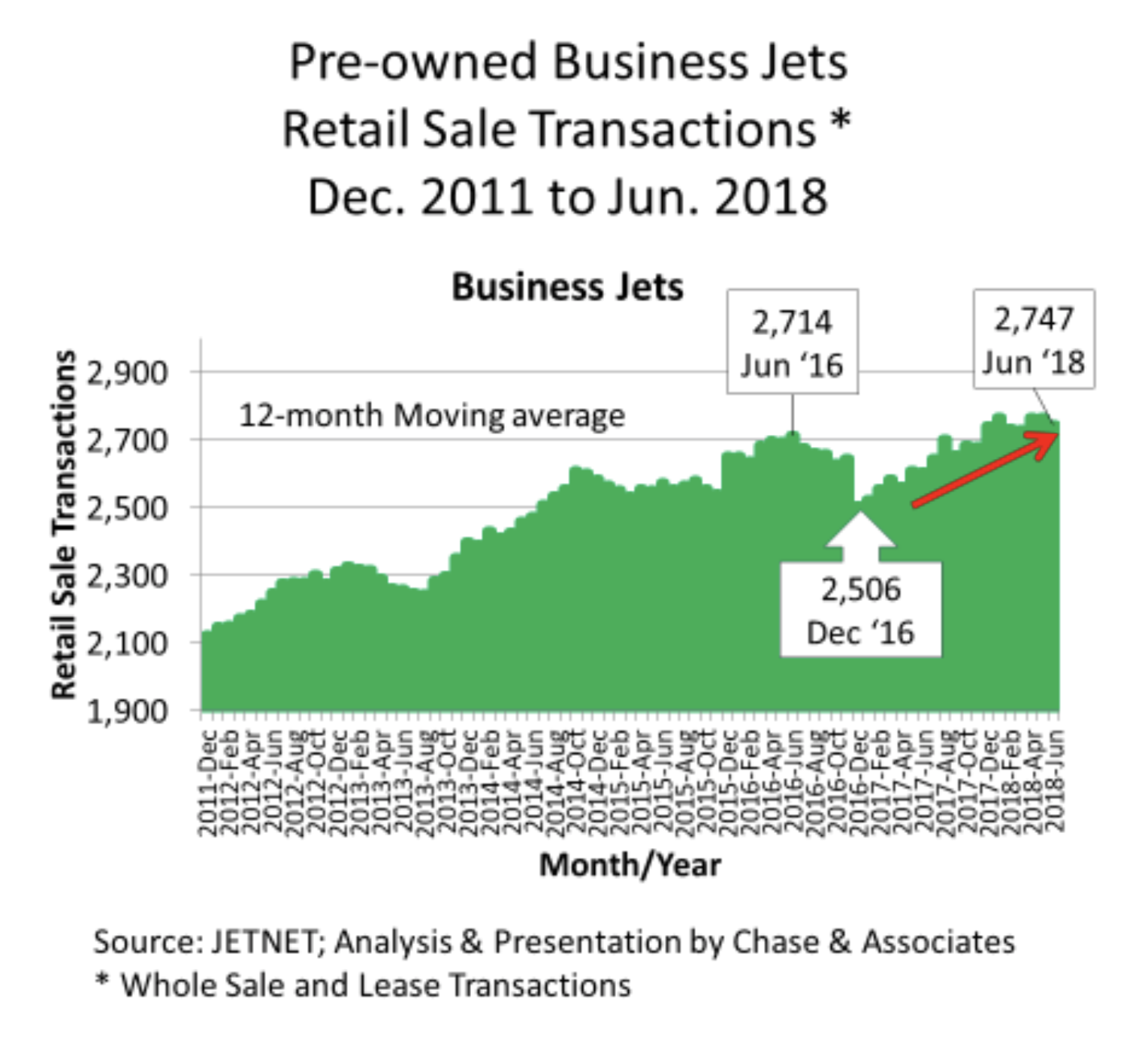 JETNET, celebrating its 30th anniversary as the leading provider of aviation market information, delivers the most comprehensive and reliable business aircraft research to its exclusive clientele of aviation professionals worldwide. JETNET is the ultimate source for information and intelligence on the worldwide business, commercial, and helicopter aircraft fleet and marketplace, comprised of more than 110,000 airframes. Headquartered in its state-of-the-art facility in Utica, NY, JETNET offers comprehensive user-friendly aircraft data via real-time internet access or regular updates.